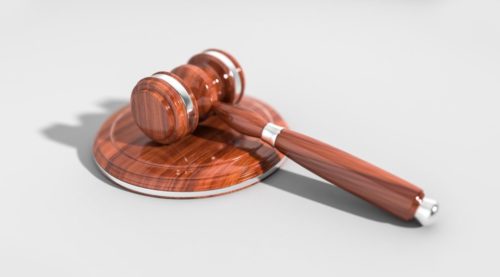 We are a non-profit Club whose primary responsibility is to its members. Our priorities are:

We accept the participation of all of our members, regardless of age, sex, religion or national origin.

Article II: Administration of the Club

1. Club Meeting: The Club shall be governed by the direct vote of all members in good standing at the annual Club meeting. All officers and members of the Club are bound by the decisions of the Club meeting. The annual meeting shall be held between January 1st and March 31st of the calendar year. A member in good standing, entitled to vote at the Club meeting, is any person who has paid the appropriate dues for membership for the preceding or current year, as certified by the Treasurer. Non-members may attend and be heard in the discretion of the President. The President shall preside the Club meeting. The Secretary/Fixture Coordinator shall keep the minutes, present questions for decision, conduct any votes or elections, announcing and recording the results. The Club Meeting decides which, if any, leagues to join for the year and the number of sides to enter in each league.

These officers are the President, the Secretary/Fixture Coordinator, the Treasurer, and the White Captains from all participating League divisions and the Red Captain. No person may hold more than one position at once. Each officer has one vote. Where there is a vacancy, the Executive Committee may, in its discretion, first, ask another non-EC member in good standing to fill the vacancy or authorize a by-election. Where there is a vacancy, the Executive Committee may also designate one of them to exercise the powers of the vacant position. An officer may delegate his duties, on a temporary basis, to another member. Participation in any Executive Committee decision may not be delegated.

5. Treasurer: The Treasurer is responsible for the finances of the Club. He shall receive and keep all Club money. He shall pay the just debts of the Club. He shall examine all claims upon the Club and may authorize minor expenditures. Any expenditure in excess of two year’s dues for a full playing member requires the approval of the Executive Committee. The Executive Committee may overrule his decisions on minor expenditures. He shall maintain all necessary financial records. These records shall be available to the members. He shall prepare and present a financial statement to the Club meeting. The Treasurer shall be elected for One-Year Term at the Club Meeting. Their term of office begins after the close of the Club meeting and ends at the completion of the subsequent year’s Club meeting.

6. Captains: White Captain for each League division shall be elected at the Club meeting by the playing members who were part of previous year roster for that respective division. Red Captain shall be elected by all playing members at the Club meeting. The White Captain shall direct Massachusetts State Cricket League matches. The Red Captain shall direct all other Club matches. The Captains, in their discretion, may cancel any fixtures after midnight the preceding Sunday, due to a lack of players. The Captains have full control of Club matches and members on match day between arrival at the pitch and close of play. All decisions concerning the conduct and circumstances of the match or of play, as well as relations with the opposing side, are in their discretion. In their discretion, they may require any member to leave the pitch or the field until the close of play. The Captains conduct any practice sessions in their discretion.

The White and Red Captains shall be elected on a Two-Year Term at the Club Meeting. Their term of office begins after the close of the Club meeting for the current year and ends at the completion of the Second year’s Club meeting from the Start date. The Individual team members has the right to conduct election before the Term ends as deemed appropriate by the Executive committee.

2. Webmaster: The President shall appoint a Webmaster to maintain and update the Club’s website, including results and statistics. He shall act at the discretion of the President.

5. Coach: The President shall appoint a Coach to direct practice and training under the Captains.

6. Field Manager: The President shall appoint a Field Manager to preserve and maintain all Club Property; maintain Club fields and the physical preparation for matches.

Once the players are assigned to a particular league team, Transfers between league sides require the agreement of both concerned Captains. Once the teams are finalized, the White Captains and Vice-Captains of the respective league team shall select and notify the playing side for Massachusetts State Cricket League fixtures. The Red Captain and Vice-Captain shall select and notify the playing side for all other Club fixtures. The Selectors may permit non-members to participate where needed, members have full priority at all times over non-members. Once selected and appearing on time to play, no member may be replaced without his consent. The Red selectors must select a member’s side based on Club commitment during the year for the annual SCCC Invitational Tournament. A Captain may select himself to play in any match. Where he is not selected, a Vice-Captain may select himself.

2. Awards Committee: The President, Secretary/Fixture Coordinator and Treasurer shall select the recipients of all Club awards.

3. Behavior: At any Club activity, members are required to conduct themselves at all time with

respect and consideration towards each other, our opponents, umpires, friends and neighbors, and to compete fairly, abiding by the Laws and Spirit of Cricket.

Any member deemed by a majority vote of Executive Committee to be in a violation of these by-laws may be ordered by the Committee to lose playing rights or other Club privileges, to be deprived of office and/or to be banned from presence at Club activities, for any period not further than the next Club meeting.

These By-laws may be changed by majority vote of the Club meeting. Any changes to By-Laws outside the Club meeting can be done only if all the following conditions are met: